In: Cellphone in Romania

There are 3 major cellphone companies in Bucharest.

Which one should you visit, Telekom or Germanos?

On the street in Bucharest, you can find Telekom and Germanos.

So, this means you can always visit Germanos?

So depending on where you are, you can decide wheter you visit Telekom or Germanos.

You can find Telekom near metro Piata Romana.

Vodafone is as famous as telekom, so you probably have heard it before.

Vodafone is also everywhere, but for example there is a vodafone shop near Piata Victoriei metro station.

Maybe you have never heard Orange before, but Orange is also a major company in Bucharest. 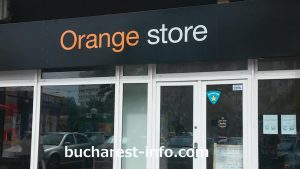 Orange is for example near Universitate metro station.

VK
2017-11-25
Previous Post: What is Emergency Number in Romania?
Next Post: What you should know about money in Romania (Romanian leu)